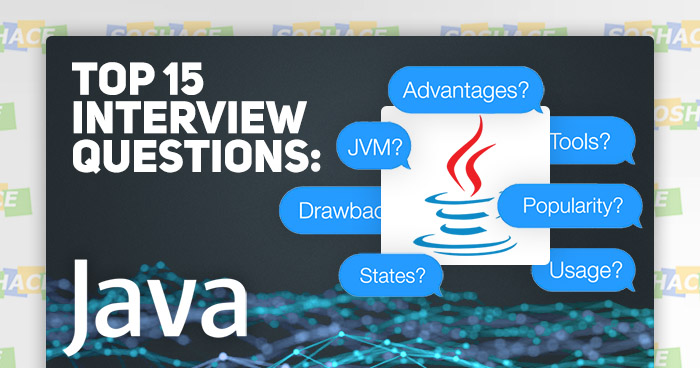 With these Java interview questions, your hiring strategy just got better!

Since its introduction 23 years ago, in 1995, Java has dominated the world of computing: boasting numerous “Language of the Year” awards and first places in “Most Popular Programming Language” contests, Java has become omnipresent. Many programmers picked this language up to create all kinds of products — and in this large pool of available Java developers, how to make sure that you hire the best one?

Java as a technology does not exist in a vacuum: there are certain principles, design philosophies and best practices that allow for a great Java product — and the job candidate should be proficient in them.

JVM — Java Virtual Machine — is a process virtual machine designed to execute Java bytecode. Java’s goal was to be platform-independent, without forcing the programmer to design, write, and test application programs for each platform — this feat is possible thanks to JVM, which acts as a buffer between Java code and given hardware platform, allowing Java code to run practically anywhere.

2. What advantages does Java have? 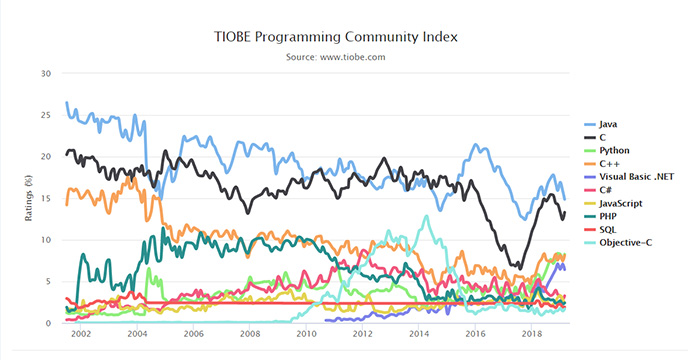 Ranking as the most popular programming language is a great feat in and of itself!

The (arguably) most popular programming language is bound to have some great features. Some of these are:

3. What drawbacks of Java should we look out for?

Some of Java’s greatest features are related to the language’s problems: trade-offs are sometimes unavoidable. Generally, Java’s drawbacks are considered to include:

4. What data types are supported by Java?

There are eight primitive data types: byte, short, int, long, float, double, boolean, char. Additionally, there are two concepts related to these types: autoboxing and unboxing. Autoboxing refers to the automatic conversion from primitive types to their corresponding object wrapper classes, e.g. int to Integer or double to Double; unboxing is the reverse process.

5. What are some of the essential tools Java can be enhanced with? 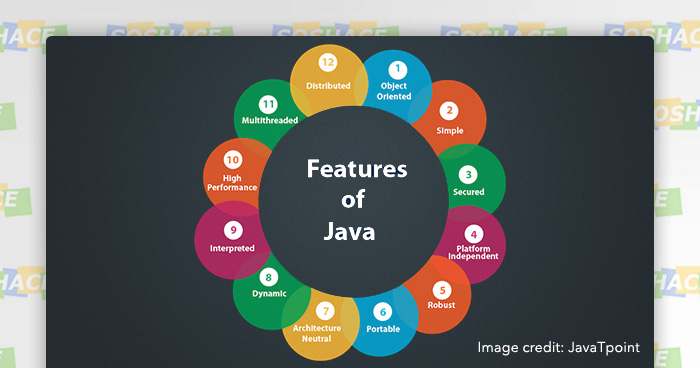 Various software can enhance the way Java applications are built — here are some of them:

6. What general methods can be used for optimization?

To counter Java’s performance problems, we can use different techniques and tricks to optimize Java projects.

Deadlock occurs when two processes are stuck in a loop, waiting for each other to complete — which results in both processes staying in the wait-mode endlessly. 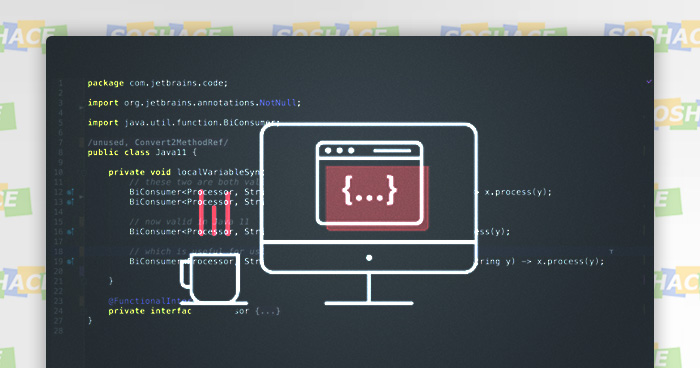 Having tested a Java developer’s fundamental knowledge, we move on to more concrete examples and problems. Curiously enough, you are not forced to go for pure coding questions only — there is an abundance of interesting abstract concepts of Java you can discuss with a prospective job candidate.

8. What states can Java threads have?

Java threads can have a number of states which are defined by the Thread.State enum. If we want to check the current state of a given thread, the Thread.getState() method can be used to monitor or debug any concurrency issues that our program may be experiencing. The states are:
NEW: default state for a newly created thread
RUNNABLE: acquires this state as soon as a thread starts executing
BLOCKED: should a thread get blocked waiting for a monitor lock, it moves to this state. This happens in two cases: 1) the thread is either waiting to acquire a lock to enter a synchronized block/method or 2) waiting to reacquire the monitor lock of an object on which it invoked the Object.wait method.
WAITING: acquires this state when invokes one of these methods: 1) Object.wait without a timeout; 2) Thread.join without a timeout; 3) LockSupport.park
TIMED_WAITING: acquires this state when invokes one of these methods: 1) Thread.sleep; 2) Object.wait with a timeout; 3) Thread.join with a timeout; 4) LockSupport.parkNanos; 5) LockSupport.parkUntil
TERMINATED: once a thread is terminated, it acquires this state

There is a number of possible state transitions as detailed here: 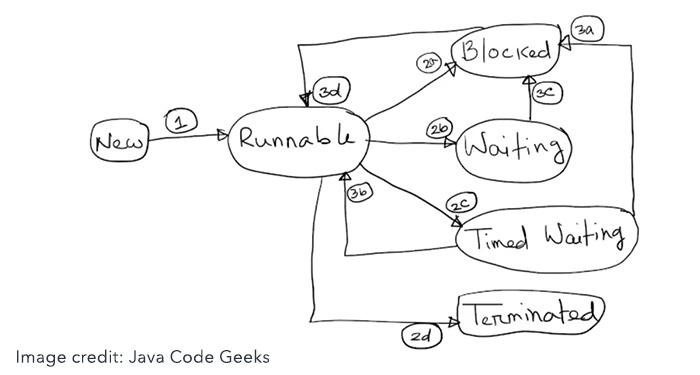 9. How can a thread be created?

The three options are:

What is the optimal option? The best practice would be the Runnableone due to its independence from the Threadclass object inheritance.

10. In what aspects are Arrays and ArrayLists different?

Their main differences are best shown in comparison:

12. How can you swap the values of two numeric variables (x and y) without using any other variables?

You can swap two values a and b without using any other variables as follows:

13. In this code block, what will be the list’s contents and why?

Answer: The contents will be: [ 1, 2 ]. Since the list contains two concurrent removal operations — remove(int index) and remove(Object obj) — JVM prefers the most specific overload of a method. In this instance, we pass int as an argument, forcing the code to remove the element at index 2. In order to discard the _element_ 2 from the list, we can add this code:

14. Write a simple Java program to check if a given string is palindrome or not (Palindrome is a string which is equal to the reverse of itself — for example, the reverse of “radar” is also “radar”)

15. Write a java program to find intersection of two arrays?

Via the iterative method:

As it turns out, hiring a Java developer is a doable task — you only need to use these Java interview questions to improve your hiring strategy! 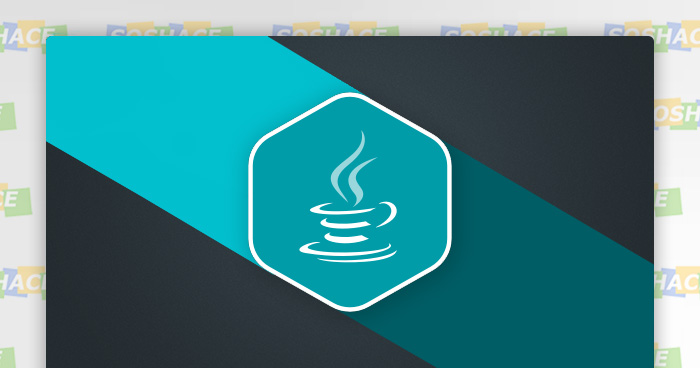 Thanks for reading and stay tuned for more interview questions!