Blog / Freelance / An Interview with a Freelancer Who Actually Ended Up on the Island: “I Live and Code in a Paradise”

An Interview with a Freelancer Who Actually Ended Up on the Island: “I Live and Code in a Paradise” 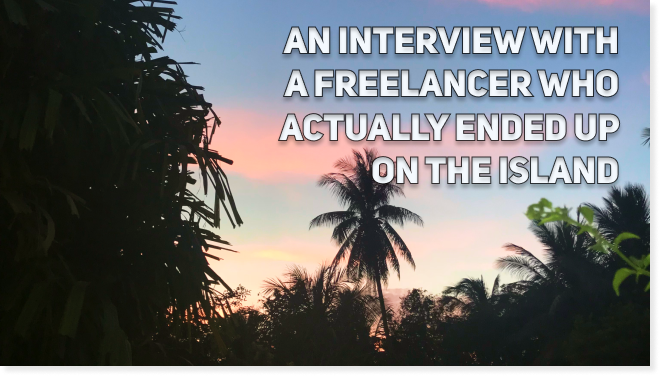 An Interview with a Freelancer Who Actually Ended Up on the Island: “I Live and Code in a Paradise”

In my previous article on freelance, I promised that I would tell you a story about a freelancer who actually ended up living on the beach. Indeed, Vasili, my interviewee and also my favorite IT teacher, quitted his office job and, with his artist girlfriend, moved out from the cold mother Russia to the sunniest place on this planet — the island of Phangan in the Pacific Ocean.

In this article, Vasili shares his story from his earliest days in high school up to his present reality as a successful freelance web developer and private IT teacher. He explains how he got there, what difficulties he faced on his way, and what made him break up the office chains and start breathing and living a fulfilling life of a true digital nomad.

The pictures in this article are either Vasili’s, his girlfriend’s and if otherwise not mentioned — stock pictures.

So, let the interview begin!

Hello Vasili, please tell us a little bit about yourself: your educational background, the beginning of your professional life, your career aspirations, and your work experience before freelance?

Since I was a child, I planned to become a professional architect: I loved to draw and paint (this is a family one), and I genuinely thought that architecture was a fascinating field to study. However, as soon as technical drawing classes began in high school, I suddenly realized that architecture was not probably as exciting as I first thought it would be, and I turned to love economics. The desire to become a professional economist stayed with me for quite a long time. Exactly up until a 15-minute episode in the summer between the 10th and 11th grade in high school. During this fleeting moment, someone gave me a huge and mysterious book with Big Encyclopedia of the Personal Computer written across the cover in heavy black caps. I opened the book as a prospective economist and closed it as a future IT professional.

Since high school, I also loved to teach (this is also a family one; my grandmother was the Deputy Principal of the local high school, and my grandfather was the Headmaster of an art school and foster care). The combination of my two greatest passions led me to the Herzen State Pedagogical University, where I enrolled for an Information Systems bachelor’s degree. Well, it didn’t quite work as expected, and I ended up in two other universities (St. Petersburg State University and Baltic State Technical University) and at four different faculties. For a number of reasons I have not received my degree, and that is precisely why I’ll add another university to this prominent list in the nearest future.

During my prolonged studentship, I worked in various fields: as a teacher in the English camp, car washer, loader, salesman of computer equipment, and a call-center operator. My IT career started with the idea of creating an educational social network. To make it possible, I had to learn the basics of web development. Then my love for web development grew more prominent, and I binged on reading professional literature, poring over mind-bending concepts and countless programming languages. At first, I created web sites for friends, then for friends of friends, later I joined a technical support team for hosting, then a small web-studio, then a bigger web-studio, then an online payment service company, then a payment service as part of a large social network, after which I quit office, and decided to go freelance. 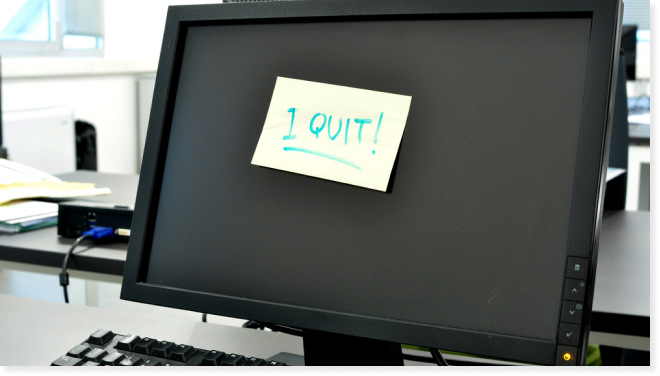 Why did you decide to become a freelancer? What are your general impressions of working remotely? Do you want to return to the office work?

In my opinion, for a programmer, the work in the office has a number of significant disadvantages: the commuting time to and from the office (although, I managed to reduce the commuting time at my last office job to as little as 15 minutes a day), the obligation to work in a limited space with a group of other individuals (even if they are all cool and wonderful people).

If we are talking about remote jobs and freelance in general (project, part-time jobs), then they definitely have advantages: greater mobility and the opportunity to finally do what you really love to do. On the other hand, freelance requires more specialized competencies and self-organization. But you can train yourself. I have an excellent understanding of ​​the work in the office, but I don’t imagine the reasons why I would want to return to it.

What do you do for a living as a freelancer? Why did you decide to leave Russia? Do you think you’ll return? And if yes, then when?

After deciding to switch to freelance, I returned to building websites and private teaching of web development, computer science, and mathematics. At first, the main difficulty was the lack of customers, and a little later – the lack of free time.

In short, my freelance experience has been profoundly life-changing, and so far very successful.

Freelance has also allowed me to arrange unplanned unpaid vacations, which I immediately took advantage of: my girlfriend and I went to Thailand for three weeks. On our way, we stopped for a couple of days on the island of Phangan, to see our friends who had already moved there. A year later we joined them. 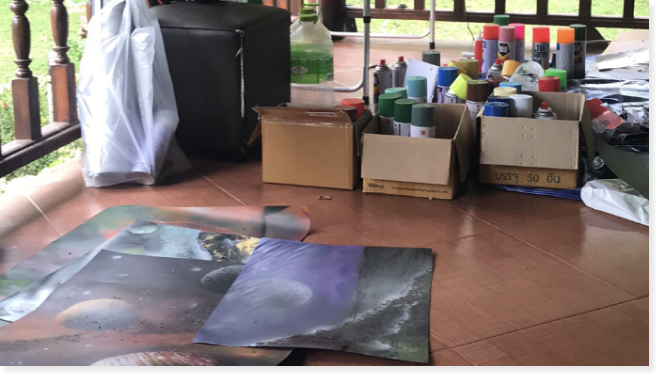 Vasili Shares a Picture of His Artist Veranda

The first impression is often deceptive, and I was skeptical. I thought that I would grow tired of the constant heat, would like to hook up with my friends back in Russia, go to a Russian movie or live theater, museum or otherwise spend my leisure time in the way that’s most obviously impossible on an island. But I was wrong. And everything turned out much better than I expected. 86+ Fahrenheit at all times after a year and a half evoke only positive emotions; the projector and the screen on the veranda perfectly compensate for the cinema, and the island never ceases to amaze with new places, events, and people. Friends and family seldom come to visit. Thus, we are now extending out the visa, this time for the next nine months. 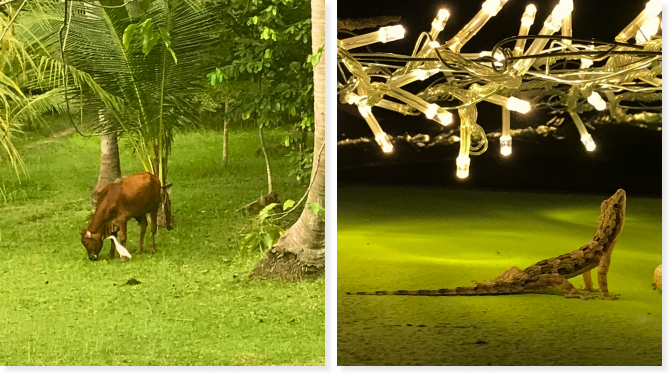 Describe your day: how does it start and end on the island? What about your girlfriend?
What do you do in your free time? Do you continue to draw, write, or something else? What should happen for you to sit down and paint? I know that your girlfriend has some amazing paintings that she did on the island, can you share them?

By and large, having moved to the island, my lifestyle has not changed. I work in front of the computer most of my day: I conduct technical interviews, test the professional skills of the web developers, train IT and other professionals. There are also several web projects that I continue to maintain. Since its inception, the idea to create an educational network has acquired a simple trial implementation, and now the new version is on its way although I don’t always have free time for it. 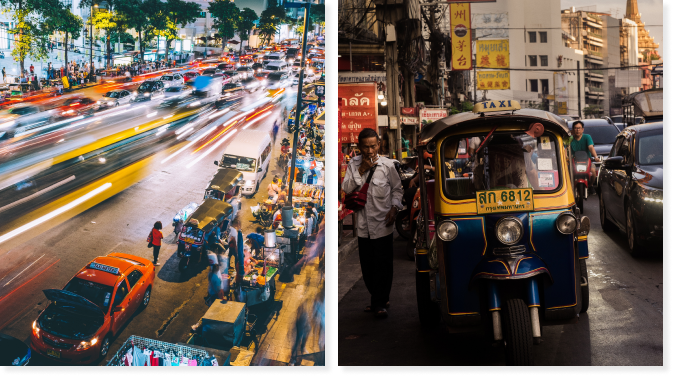 We are in the process of making a student visa that requires the studying of a Thai language for which we’ll attend a language school a couple of times per week. We’re less and less likely to spend our time on the beach, but there’s always an opportunity sometime during a week when my girlfriend and I end up aimlessly swimming in the ocean.

Since most of my work time is shifted to the Moscow time zone, I mostly teach in the evenings. My girlfriend is also a freelancer, but her schedule is much more flexible than mine; thus she has more time for creativity and cooking.

As for me, I am not sure what needs to happen for me to start painting, maybe only a power outage for the day. Judging by the number of my paintings for the past year it just happened once. But in my opinion, programming and teaching are very creative professions. So I don’t feel a lack of self-expression.

As for my girlfriend’s paintings, yeah, here they are: 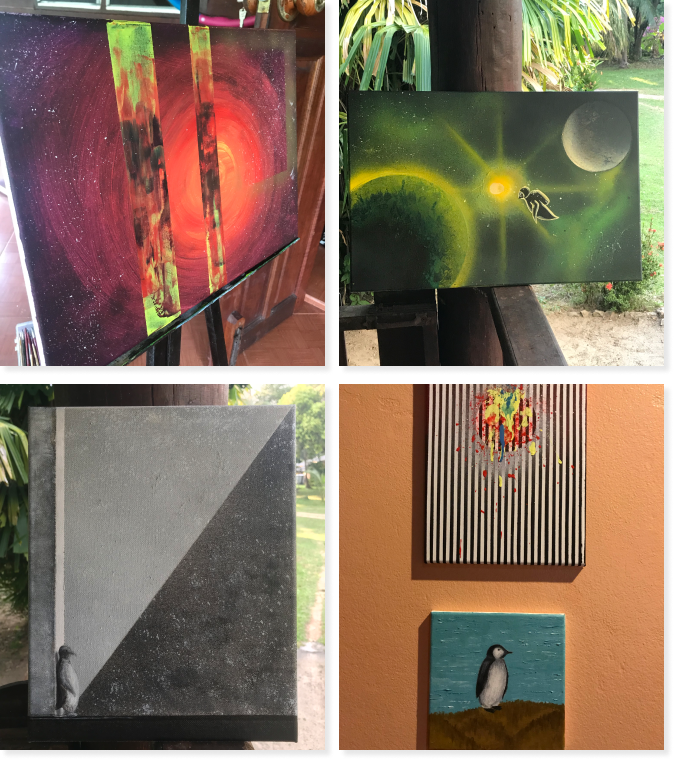 The Full Moon Party festival, which is held on the island every month, is often called the Asian Ibiza. But for our time on the island, we’ve never managed to go there. Apparently, I am too old for this type of entertainment. Conversely, we occasionally attend lectures, pub quizzes, make barbecues or play board games with friends. There are four houses with Russian-speaking families on our resort, which makes the whole experience here somewhat family-like.

Do you travel? If you do travel, how many times a month (a week, a year, etc.) you manage to go somewhere else? Do you think you’re happy in your freelance life? What have you learned from living abroad in Asia?

Now, I am pretty positive that the idea of going fully remote was great. In my first six months of freelancing, I made my first but bold move — and bought two one-way tickets to Bangkok – Surat Thani. Now, I can’t imagine my life without travel. We fly out every few months to neighboring countries when a new visa is required. Sometimes for a weekend, we rent a hotel room in some part of the island where we have never been to before. So far, we have not managed to arrange a trip through the whole country of Thailand itself, but I am sure that we’ll accomplish that in the next few months. We love locals, Thai culture, and the food is just so flavorful… Thai attitude to life is something others should learn from. 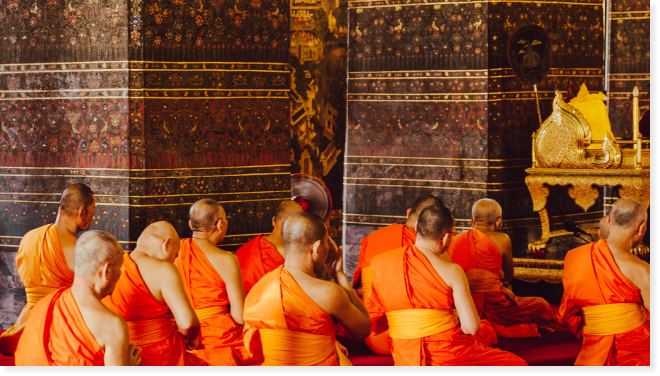 Imagine if you had a chance to interview Vasili: what questions would you have asked? 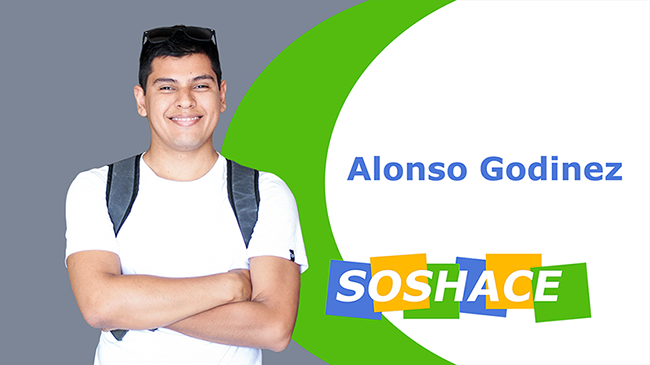 Advantages and disadvantages of remote work

Most people think that working remotely is being free most of the day, working just a couple of hours at the beach and uploading selfies to ... 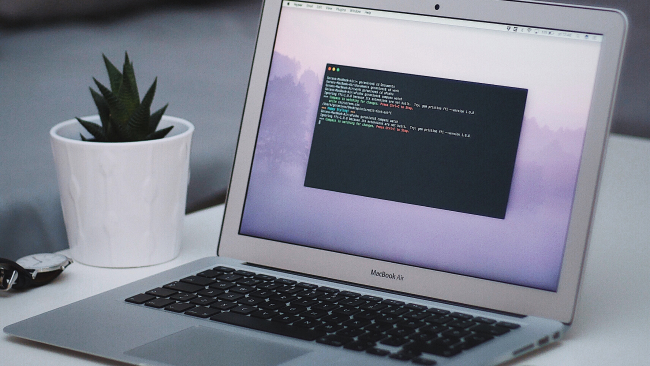 How to Stay Motivated While Working Remotely/Freelancing?

When someone mentions remote work, most people, first of all, think of the freedom and numerous benefits it gives. Indeed, working remotely can be ... 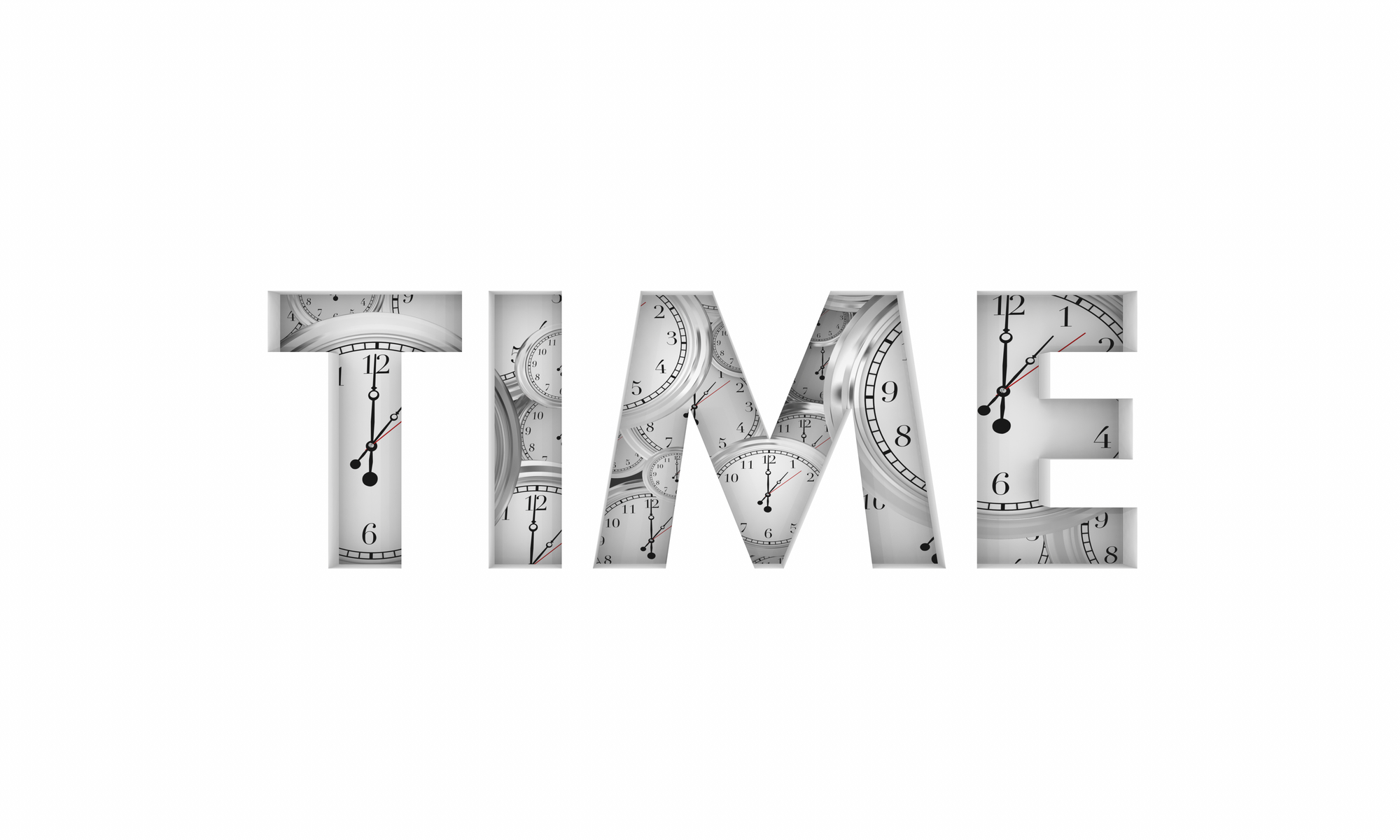