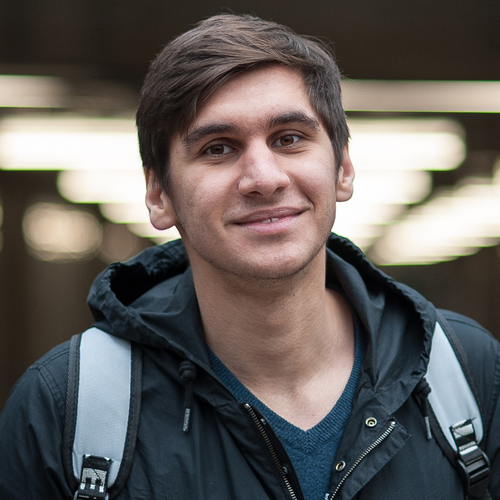 Kevin is a professional Java Developer with 3+ years of experience.

His usual tasks are Software and Architecture Development, Team Leading, Programming and Couching. His last project was a marketplace platform, which was able to process over 15000 requests per second.

He has strong skills of system architecture development and he prefers RESTful-based microservices architecture for Web Services Software in order to increase code reuse for both web and mobile applications and to make deployment and maintenance easier. Also Kevin has an experience in development and administration of various databases, such as relational DBs, NoSQL DBs and Graph DBs. He's worked with Elasticsearch to increase full text search performance.

Kevin's goal is to lead teams and projects to high results and self-fulfillment.

- admin panel for sellers and application for stock management.

- Lead development team, which consisted of two Java Developers (including myself), two frontend developers and one DevOps engineer;

- Developed a microservices architecture for all parts, which were described above;

- Initiated usage of CI/CD tools (Circle CI and then Jenkins);

- Developed a PostgreSQL database for system;

- Participated in the development of framework architecture for Behaviour Driver Development for Sberbank Services;

- Participated in the development of IDE for testers (according to Sberbank HR statistics, testers performance was increased on 70%);

- Developed framework, which was used as a basis for IDE, described in previous step

- Developed a Machine Learning system, which was able to determine if borrower is solvable;

- Participated in the project architecture development;

- Installed, configured and supported system for the oil sales management;

- Performed all backups and recovery;