10 Hiring Lessons from Silicon Valley: for Small and Large Companies 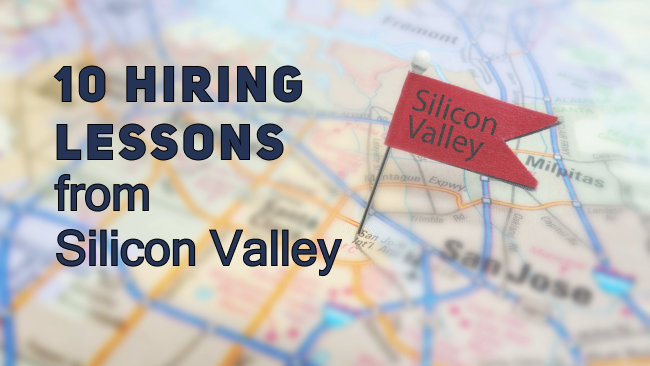 When you hear the term “Silicon Valley,” what connotations does it bring to your mind? Is this a set of positive or negative cliches? Cyborgs, artificial intelligence, bio-hacking, superior technology, geeky developers, enslavement of mankind, robotics, ten lines of indecipherable code? Prosaically speaking though, a Silicon Valley is a high-tech hub with its own startup ecosystem. The Valley has its slang, peculiar mindset, culture, and an outstanding track record of successes and failures. The latter is a never-ending resource of collective wisdom and a pool of valuable lessons, which you can either choose to ignore, appreciate, take notice, or learn from. In this article, we’ll try to look at some of those prominent examples of successful hiring procedures that many Silicon Valley companies employ in their hiring practice, and answer most common questions, such as what these procedures are all about, and what you have to do to implement them in your company successfully.

If you’re just starting out 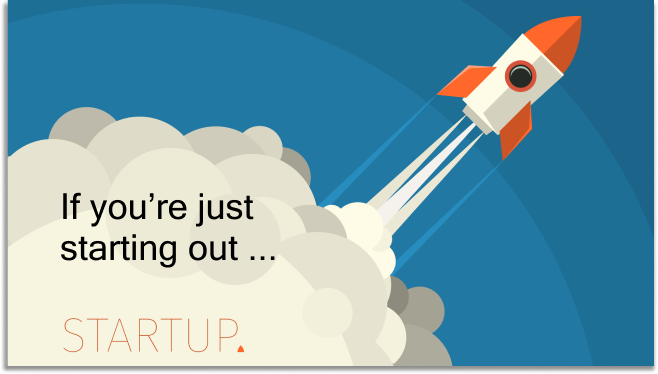 The perfectionist and adventurist in your millennial mind might convince you that you need an innovative software to solve the world’s biggest problems, like world hunger or poverty, or something else, completely and utterly unattainable. In short, you might think you need a product that solves a problem never solved before. But in the real world, it’s about building software that works. To achieve this simple yet profoundly crucial goal you first need to create an open-minded atmosphere conducive to innovation. Simply put, you need to build a company you would want to work for. Creating best working conditions are outright imperative to hiring the best people and ultimately building a great product. Now, if something falls out from the equation, you’ll lose the whole point: if let’s say, you hire mediocre developers, you’ll receive a crappy product in the end and eventually will lose opportunities for profit, or if you fail to create an appropriate environment with good working conditions, you won’t be able to find the best people.

Lesson 1: Instead of thinking of building a software company that solves a problem never solved before, think of creating a company you would personally want to work for, thus implementing best working conditions for employing best people.

In his book, Smart and Gets Things Done, Joel Spolsky uses Apple knockoffs as an example to support the argument of why hiring the best is better than hiring the average: companies can spend years trying to replica the beautiful and elegant design of an iPod and never produce the same exact thing, because they just don’t have the same talent employed by Apple.

Also, if you think that you’ll increase productivity by hiring a team, instead of just two or three best performers, think twice: more people will need more time to communicate with each other leading to the excruciatingly inevitable delay of the desired deliverables.

Lesson 2: Instead of hiring a bunch of mediocre guys, find and employ the best talent only.

Okay, now that you know you want to hire the best devs, how would you find them, especially if none of the great guys are looking for jobs? Indeed, the best people are almost always employed and unqualified are almost always looking for work. That’s exactly how you’re ending up with fifty similar resumes, none of which might belong to a great developer. However, there are possible solutions: hang out at the best tech conferences, participate and support specific communities (or build your own), ask for referrals (this is subjective and can be dangerous), affiliate with colleges and universities, and offer internships for best grads you can find.

Lesson 3: Finding the best talent is never easy, so think creatively: instead of scouring job boards, join and build communities. Get the successful grads before they are grabbed by others.

Imagine now that you found the perfect candidate. What would they see when they first enter your office? What would they think of your company? What does the workspace look like and if it’s productivity-inducive? You really have to put a lot of thought in creating the best possible environment for the budget you currently have: invest in ergonomic chairs and top of the line computers, provide necessary private space and modernize the overall look of your office.

Lesson 4: Hire as little as two experts but provide an excellent environment.

Allow room for creativity and independence. If you’re hiring an expert, treat them as such: allow them to make their own decisions and trust their judgment. The code either works or it doesn’t. There’s nothing really in-between when you come to think of it. Put your personal considerations aside, and judge people by merit, performance, and technical abilities. Also, give your developers something interesting to work on. One way of doing this is to let your experts choose the projects they’d like to work on or give them enough freedom to create something of their own. You might even want to create some ideological context around the work or part of it, like contributing to the open source movement, supporting projects that benefit society or programming culture. The ideas can vary, but the main point is the same: make work as engaging and involving as possible.

Lesson 5: Put creativity and enough independence above all other things.

If you’re an established company 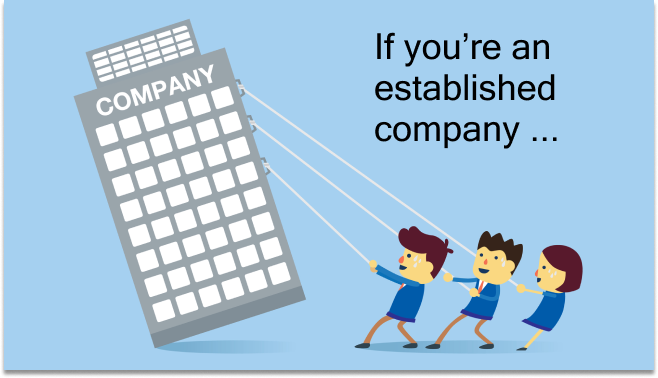 Now, though, if your business is already established, cubicles are filled or ready to be occupied with smart enough people, there are still some lessons from Silicon Valley in store for you. Think of Google, for example. Whenever Google corporate culture is brought up within the conversation, everyone instantly builds up an exuberantly colorful image of sprightly play areas, gaudy and plush sofas occupied by pensive geeks who are smartly typing away on their laptops, lots of free food and other cool perks, which are now inherently and forever attached to the word “google.” But all of this stuff is there for a reason. Bikes – to increase mobility, food – for productivity, play areas – for adequate rest before work, sofas – for a collaboration-inducive environment. Some of these perks exist to eliminate obstacles to allow for more productive work, others to stimulate creativity and out of the box thinking.

Lesson 1: Remove obstacles for people to perform their best and create an interesting curiosity-inspiring environment.

Diversity is now an off-beat, overused and sometimes even misinterpreted word that makes people cringe or instantly tired. But it should not be so. People with different backgrounds and from different cultures bring new valuable insights that break the average group thinking and introduce breakthrough ideas. If you look at an average Silicon Valley company, you’ll find a strikingly diverse population: both socially and professionally. So whenever you see that you’re building an echo-chambered wall full of the same looking people, try to break free from this stereotypical mindset and hire a person completely different from the rest of your team. You might be amazed at the results such a change might bring.

Lesson 2: Diversity is important. Create an unbiased recruitment process: hire people who think outside the box, not because they come from the Ivy League.

The next important step is standardizing the recruitment process: from creating adequate, bullet-proof job descriptions to honing the interviewing practice. In his interview to the New York Times, Laszlo Bock, Former Senior Vice President of People Operations at Google, shared his insights into using Big Data in measuring people’s success in the workplace relative to how well they perform during selection process and interviews. And the reality is zero correlation. However, some interview techniques scored at prediction better than the others, and it’s a good thing at standardizing these techniques and employing them consistently to increase your chances at finding the right person. For example, instead of asking different questions for the same position, make your hiring managers develop the list of questions that would be asked in all interviews with all candidates for this position. Do not include hypothetical or anecdotal questions, like “how many stars are in the sky,” because they are just a waste of valuable time. Another advice Bock gives in an interview is the importance of including behavioral questions, which work as the demonstration of how a candidate works in a real-life scenario.

Lesson 3: Standardize all recruitment procedures in your company.

Artificial Intelligence might be an excellent hype concept of the future not only in recruitment but also in any other area where the society can benefit from the automation of some of its inherently tedious and error-prone processes. But the reality is the importance of starting out on this “automation journey” with implementing leverage service tools, like Zapier, integrating automated assistants in the regular workflow, so that fewer business processes would be exposed to the human-prone errors.

Let’s face it, in Silicon Valley or anywhere else on the planet, good candidates disappear fast. Your hiring team doesn’t really have time for miscommunication, delay of appropriate feedback and response to the candidate’s questions and concerns. Slowing down the correspondence to appear less eager or providing little to zero information to a prospective employee because you’re constantly multitasking and have a bunch of other great guys waiting at your doorstep only shows your lack of professionalism and care. Even if a candidate ends up working with another company, their picture of your organization and of your team members would be forever marred in their mind and they might spread the word that you most probably would prefer not to hear. Taking a week or two to get back with a positive result no longer works in a fast-paced environment, you need to snap up that right person and get him to work for you.

Lesson 5: Eliminating delays in communication between you and your candidate not only guarantee you have better chances at getting the right person for your position but also reflect your company culture and care.

Speaking from my own experience, when a hiring manager doesn’t stop at maintaining communication with a newly boarded employee but continues to ask questions and hears out their concerns, it shows great professionalism not only of that same hiring manager but also of the company as a whole. Communication is important. As well as standardization, unbiased hiring, diversity, and an understanding that first impressions do matter. 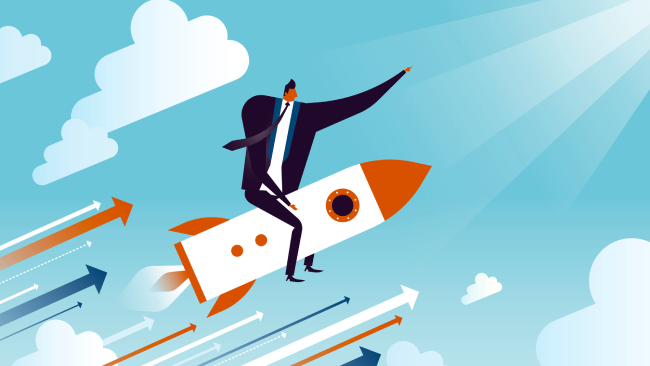 On the side note, which one of those lessons do you find the most useful or the most inspiring? Feel free to share your thoughts in the comments!