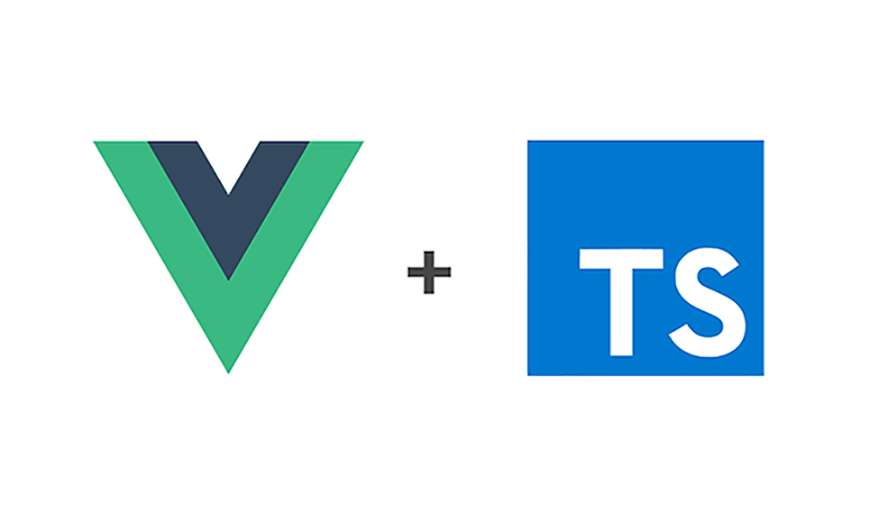 In this tutorial, we are going to create a task management application to demonstrate how to build applications with the new Vue 3 composition API, typescript, and Vuex(4.0). Furthermore, we will explore Vuex(4.0) practically.

The composition API is a new API for creating components in vue 3.
It presents a clean and flexible way to compose logic inside and between components. Also, it solves the problems associated with using mixins and higher-order component to share re-usable logic between components. It has a small bundle size and naturally supports typescript.

Vuex is a state management library created by the Vue team and built solely for use with Vue. It provides an intuitive development experience when integrated into an existing Vue app. Vuex becomes crucial when your Vue app gets more complex as it grows.

3.  Make sure you upgrade it to the latest version with the following command:

Create a new Vue 3 app with typescript and Vuex support with the command below:

Next, Choose Vue 3.x(Preview) as the version for the project. 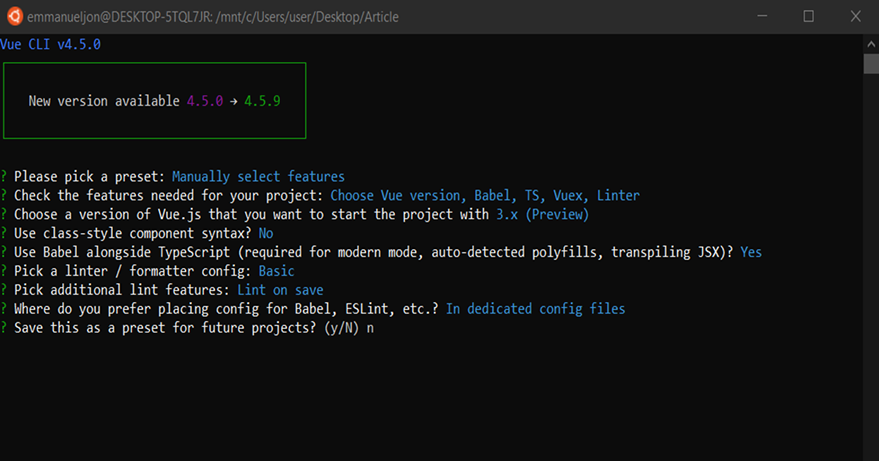 Your final setup options should be like the above.

Once the Vue 3 app is generated successfully, we will have a Vue 3 project setup with vuex (V4.x) and full typescript support.

To start the development server, run the command below in your terminal and head over to http://localhost:8080 to preview your project in the browser. 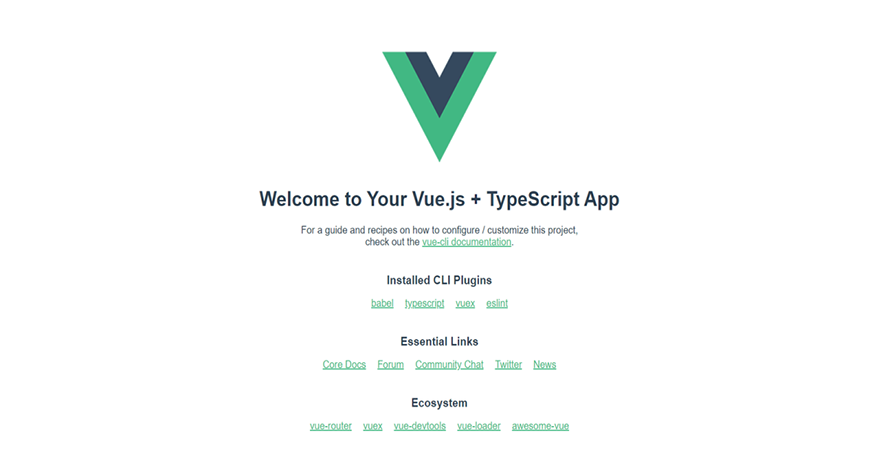 Next, open the vuex-ts-project folder in VS code editor or any other code editor with typescript support.

Overview of what we will build in this tutorial

In this tutorial we will build a task management application with the following features:

We will use the Bulma CSS framework for styling our application. Run the command below to install Bulma CSS:

Head over to App.vue and import Bulma CSS as follows:

Setting up our Vuex store

We’ll start building our application by first building the Vuex store with TypeScript for type safety. We already know that a fully-defined Vuex store is composed of 4 distinct pieces – state, mutations, actions, and getters. We’ll set up the store in steps:

A state is a store object that holds the application-level data that needs to be shared between components.

Head over to the store folder and create a state.ts file inside it. Add the following code below to state.ts:

Here, we add some type of safety to the TaskItem and State by defining their types. We also export types because they will be used in the definitions of getters, mutations and actions. Finally, we cast the State type to the state.

Mutations are methods that modify the store state. It accepts state as the first argument and payload as the second, and eventually modifies the store state with the payload.
To create mutations, we will use constants for mutation types as recommended by the Vuex docs.

Still in the store folder, create a mutations.ts file with the following code below:

MutationTree is a generic type, that is shipped with the Vuex package. it helps to declare a type of mutation tree. We will use it as we proceed.
Here, all of our possible names of mutations are stored in the MutationTypes enum.

Next, we will declare a contract (types) for each MutationType
Add the code below to the mutation.ts file:

Next, we will implement the contract (types) declared for each MutationType :
Add the code below to the mutation.ts file:

Here, we create the mutations variable which stores all the implemented mutations. The MutationTree<State> & Mutations ensures that the contract is implemented correctly else Typescript will trigger an error.

Let’s assume that we failed to implement the contract below:

By adding comments the mutation as seen below:

Here typescript IntelliSense will highlight const mutations in red and Hovering on the highlight we will get the following typescript error:

Still in the store folder, create an actions.ts file with the following code below:

Similarly, all of our possible names of actions is stored in the ActionTypes enum.
Next, we will declare a contract (types) for each ActionType

Add the code below to the action.ts file:

Here we use the ActionContext type which is shipped with the Vuex package, in the
ActionAugments type to restrict commits only to the declared mutations and also to check the payload type.

Next, we will implement the contract (types) declared for each ActionType
Add the code below to the action.ts file:

Here we create a sleep variable that returns Promise.  Followed by the actions variable which stores all the implemented actions. Similarly, the ActionTree<State> & Actions ensures that the contract (type Actions) is implemented correctly else Typescript will trigger an error.

Next, we set up our asynchronous call in the GetTaskItems action and commit an array containing a single task object. we also set up SetCreateModal and SetEditModal actions.

Getters are methods that receive the state as its first parameter and return computed information from the store state.
The only getters we’ll need in our store are:

Still in the store folder, create a getters.ts file with the following code below:

Similarly, we have added some type of safety to Getters.

We’ll update store/index.ts to reflect this:

Here we create a store using the createStore() method from Vuex. We trigger the createLogger plugin which logs the state (previous state and next state) and mutations to the console. Export the useStore function for use in the application components.
Now we have access to a fully typed store all through our application.

Connecting the component’s logic with the Vuex store

Now that the store is properly set up with full type support we will look at how to use the store in our app components using the composition API.

For us to retrieve information from the store, we first need to invoke the mutation that sets the hardcoded task in the store. Since we need the mutation to occur at the moment the component is mounted, we’ll dispatch the GetTaskItems action within the component’s mounted() hook.
In order to use the store in a component, we must access it via the useStore hook, which will return our store.

We will create three computed properties:

Update App.vue with the following code below:

Notice how we return loading, completedCount and totalCount. This is because we need to access them in the template. If we fail to return a method that is accessed in the template, Vue will trigger some errors.

In order to launch the modal responsible for creating a task, we first need to create a method (setModal) that invokes the mutation that sets showCreateModal in the state to true.
We will create six computed properties:

Create TaskList.vue inside the components folder with the following code below:

Here the TaskList component houses the CreateModal, TaskListItem, TaskItem, and the EditModal components. It passes edidtaskId and showtaskId as props to EditModal and TaskItem respectively. We use the v-for directive to render the TaskListItem component for every task in the computed tasks property. We’ve passed each task as a task prop for every iterated TaskListItem component. We’ve used task.id as the unique key identifier. Our application will throw an error until we create all the children components in TaskList the component.

This component receives the task props from every iteration in the TaskList component and renders the list of these task properties in the browser.

We will create four methods to mutate our store’s properties:

Within the components folder, let’s create a new TaskListItem.vue file:

This component receives the task id props from the TaskList component. The id props are used to fetch a task with the corresponding id via the getTaskById getters method and render these task properties in the browser.

We will create a computed property:

Also, we will create a method:

Within the components folder, let’s create a new TaskItem.vue file:

This component is responsible for creating tasks.
Hence we will create two methods to mutate our state:

Within the components folder, let’s create a new CreateModal.vue file:

Notice how we used vue3’s reactive method to store values that is used in the template.
We could create a variable as we normally do inside a setup function and add it to the returned object, then render it in the template. This will work but there will be no reactivity. Also we could use refs but then, it is used on primitives (strings, numbers, booleans).
When using reactive, we need to use toRefs to convert the reactive object to a plain object, where each property on the resulting object is a ref pointing to the corresponding property in the original object.

This component is responsible for updating tasks. Its logic is similar to the CreateTask component we just discussed above.
Hence we will create two methods to mutate our state:

Within the components folder, let’s create a new EditModal.vue file:

In order to get the task properties already displayed in the form fields when the component is mounted, we had to call the setFields method on the onMounted lifecycle hook. The setFields triggers the getTaskById getters method to fetch a task from the state by its id, then update the properties in the reactive object with the fetched task properties.

Now you can run the application with:

We have used most of Vuex 4 major feature releases including its robust typing for the store and excellent integration with the Composition API in Vue 3 to build a dynamic task management application. We have practically explored the features of the Vue 3 composition API.

Also, we have seen how the createLogger function is used to log the mutations and state to the browser’s console making debugging the store easy even without the Vue developer tool.

I hope you have learned a great deal from this tutorial. Do reach out in the comment section below if you have any questions or suggestions.

Here is the github repo for the task management application. 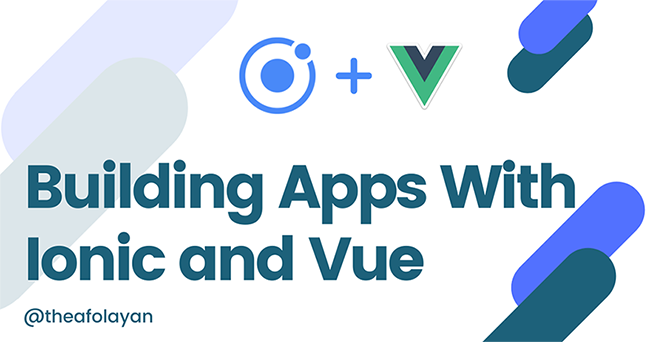 Ionic is an open-source UI framework and toolkit that helps developers build highly efficient and performant apps for native iOS, Android, and the ...

Thank you Janet. I am glad you found it useful.

easy to understand, thanks

Thanks for this great article. Is it possible to have different modules to?

This is an incredible and informative post, it’s practically a course by itself. Thanks a lot!