Blog / Programming / The Ultimate Introduction to Kafka with JavaScript

The Ultimate Introduction to Kafka with JavaScript 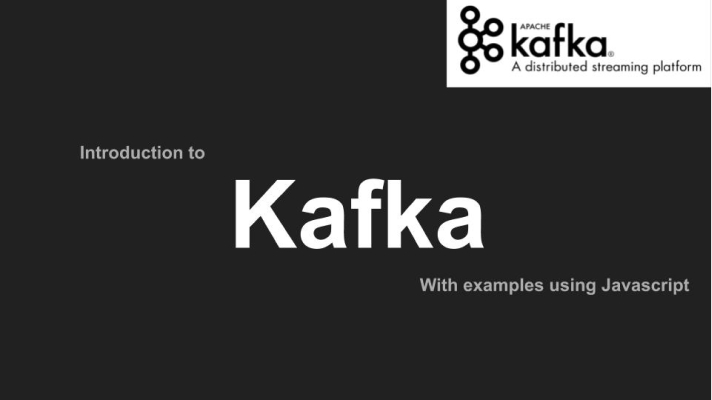 Apache Kafka is an Open-source asynchronous publish-subscribe messaging system that can help you build any of the offline task handling system, streaming service or any other data pipeline service.

My first interaction with such a system was back in Google Summer of Code – 2017 when I used celery for handling the long-running asynchronous tasks.

In this article, you’ll learn about the following things

1. Basic Introduction to Kafka
2. Basic terms and their definitions used in Kafka
3. Architecture of Kafka
4. Zookeeper
5. How to create a producer and consumer using JavaScript that can interact with Kafka broker.

Kafka was originally built at LinkedIn and was later open-sourced and donated to Apache Software Foundation. It is basically written in Scala. It is being used by all the top companies out there like Twitter, Airbnb and many more.

Other tools in the same domain at that time were giving high latency for the event data being passed and consumed by the services. The folks at LinkedIn wanted to build a tool that can replace the already existing non-scalable version of the data processing pipelines and create something that handles high scales. 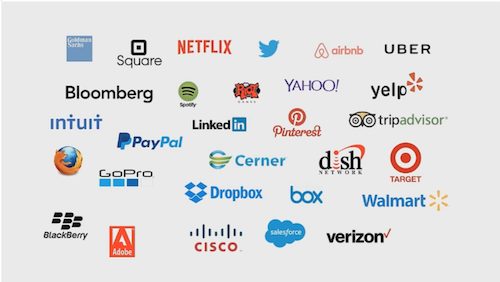 Companies that use Kafka

According to the official documentation of Kafka, it is a distributed streaming platform and is similar to an enterprise messaging system.

What is a simple messaging system?

A producer/ publisher is the part of the system which produces the messages. A message can be anything. Mostly there is a limit to the size of the message that a producer can produce and with the broker.

A Broker is an interface/ intermediate are the receivers of the messages. They store the messages for some time and pass it on to the consumers for further usage. In most of the brokers, there is a limit on till when you can store the message on a broker.

For SQS the limit is 15 minutes whereas in Kafka the messages can stay for a longer time which can be configured according to the requirement.

This simple setup can be used to handle log shipping to S3 or sending notifications to the customers. 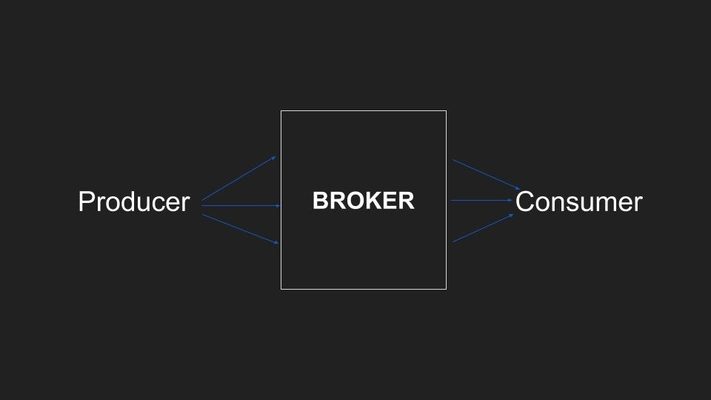 This simple setup seems to solve small problems when the number of messages being consumed daily is somewhere below a few thousand. But once your application starts growing you will start facing the latency issues in the setup. The messages will be consumed at a slower rate leading to more messages in the queue at any given time.

As the number of producers increases, this kind of combination is hard to maintain and your broker becomes the bottleneck for your solutions to provide real-time solutions to your customers. 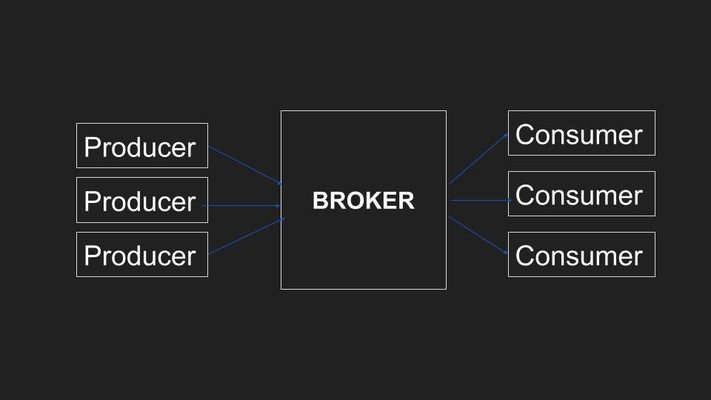 The growing number of producers and consumers

The basic Kafka features help us to solve all the problems that the other queue systems had at that time.

The main feature of Kafka are:

Kafka provides 4 core APIs which you can use to carry any operations related to Kafka. 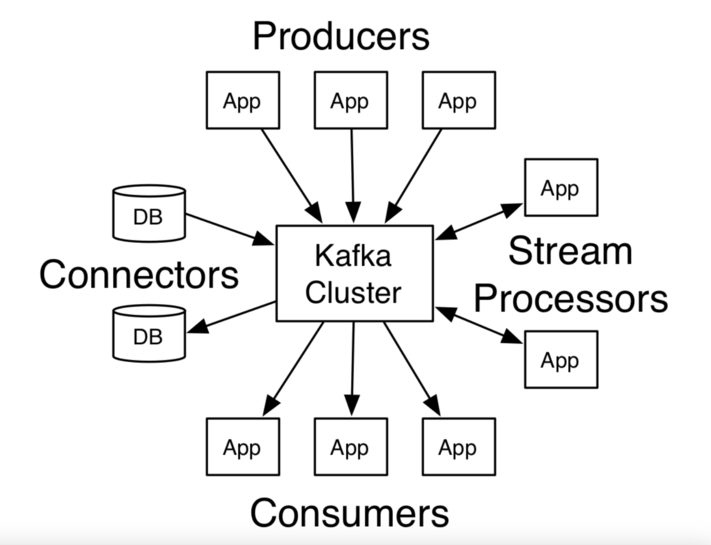 A topic is a unique name given to the Kafka data stream so that we can easily identify it. 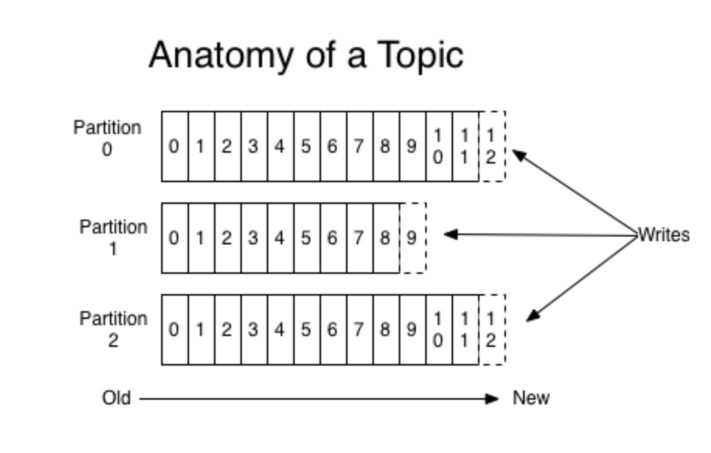 Anatomy of a Topic

The performance of the Kafka is never deteriorated with the size of data being present on the Kafka this is because the only pointer that the application has to keep is the which record is being read and in case of Kafka, this is handled by the consumer.

Comparing to others O(log N), read and write are done in constant time O(1) if you know the record ID.

Reading and writing are independent of one another and writing to one log don’t lock it for reading or some other purposes.

Since the messages are not removed from the Kafka after they are consumed. They are only removed when a given time is reached which is again configurable. Due to this reason, the consumer can read the messages in whatever way they want to.

For uniquely identifying any message on the Kafka cluster, you need to know 3 things,

So, each topic has a few partitions and each partition has a few messages stored with unique offsets.

On the destination side as well we can have a few consumers running to handle the consumption of messages. We have to tell the Consumer Group on which partitions they should be taking data from.

To stop a message being read by two consumers, each partition is at max tied to one consumer.

Apache ZooKeeper is an effort to develop and maintain an open-source server which enables highly reliable distributed coordination.

Zookeeper is distributed, centralized and robust coordination service which helps the Kafka nodes to coordinate between themselves. Zookeeper just helps you manage a large number of hosts with reliability.

Zookeeper helps you with all the management tasks that you can think for while running any distributed system.

It can help you with the availability, naming configuration management, acquiring and managing locks in the system, master-slave management and many more.

How to install and use Kafka

The installation part of Kafka is pretty straight forward. Go to the Kafka quickstart page and download the code.

If you are on MAC, you can directly do,

and then start Kafka services

For starting a dev environment, you will have to start the zookeeper.

Now you will have to start the Kafka server.

Now you will have to start the Kafka topic named test on 9092 port.

You can list down all the Kafka topics running.

This should show the newly created topic.

Now create a consumer subscribing to the test topic in a separate shell.

Log in to the producer console using the following command.

Now pass in any message from the producer console and you will be able to see the message being delivered to the consumer on the other side.

The next step is to create separate producers and consumers according to your needs in which the client-side you want to choose for yourself.

Let’s create a simple producer application in JavaScript. Kafka clients are present in all languages, you can choose from any one of them available on the apache website.

Write the following code in a file using the node shell, while console consumer with test topic is running

You will see the messages appeared in the consumer console. 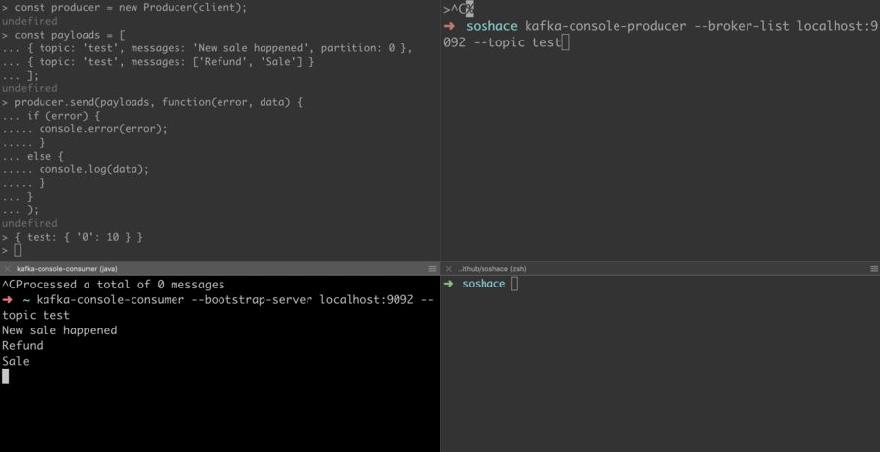 Stop the console consumer and create write a consumer using the following code,

This will show all the messages available consoled out on the node terminal. You might have to tweak it a little to make it favorable for your use. 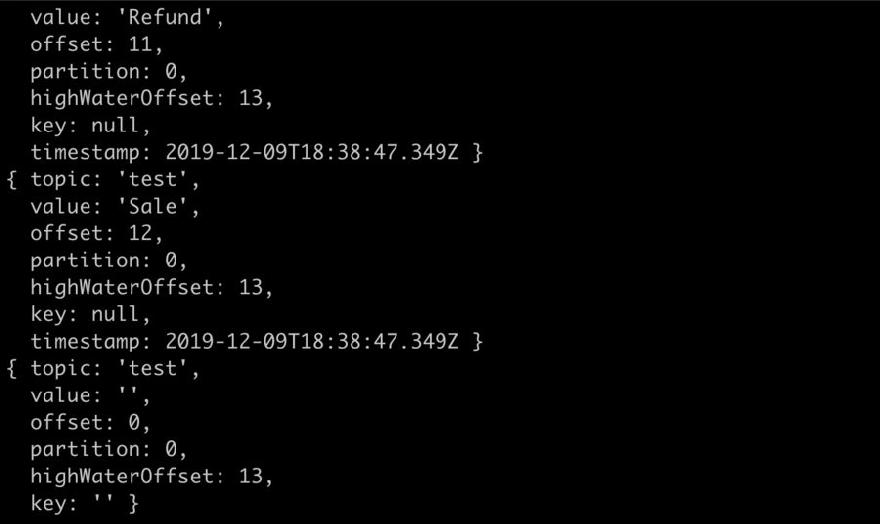 How does Kafka handle failure

We already have discussed that Kafka is a distributed system and we know that it is highly fault-tolerant. This means that when you use Kafka it sends the data in the broker to many nodes distributed over various systems( Might be in separate geolocations).

So even if some of the nodes fail in the system your data will still be available.

This way a Kafka system takes care of the failures and tries to minimize it. So, if your data is very critical, you can set the replication factor to some high number.

Hopefully, you liked the introduction to Kafka, there is a lot more to the distributed world which you might want to explore.

I like your professional approach to technical writing. It’s a pure joy to read your pieces. Thank you for excellent work.

Thanks for the kind words. Will continue doing that.

Thank you, I haven’t heard about such a platform before. It will be useful to see samples of implementing in python.

Sure, I will definitely come up with a few more examples. For smaller use cases, you can try out celery with RabbitMQ as well.

CommentBut in the end, it’s all noise and one more thing I am thankful for: Ability to filter out noise. After all, we are on this side of the grass for a very short time and why not enjoy that time instead of bitching about it?

You might consider using Kafkajs. It has less open issues and more features. We had to switch to Kafkajs because of the encryption configured on the server.

Sure, I used the library because it had more number of weekly downloads. kafkajs looks good as well.

Here is a link for everyone’s reference: https://soshace.com/the-ultimate-introduction-to-kafka-with-javascript/